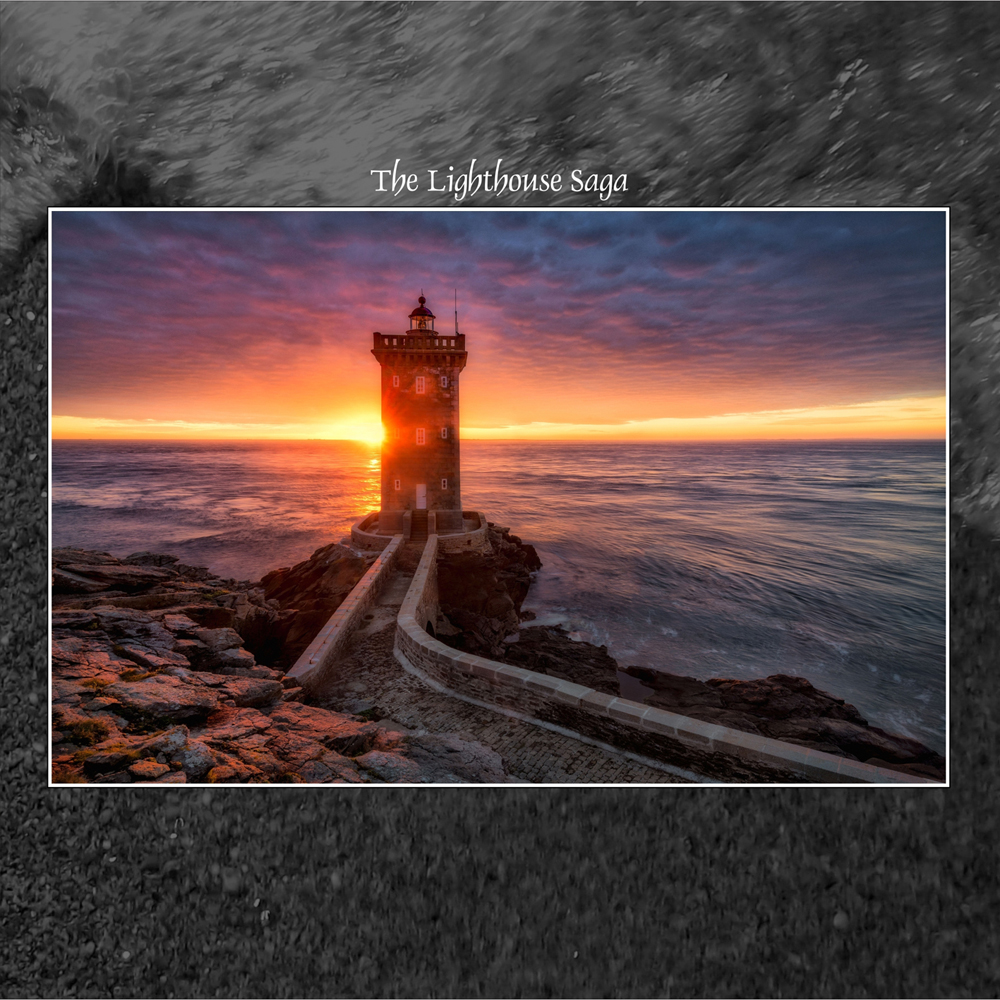 The lighthouse saga is a unique compilation created with the aim to join music and poetry in a collection of songs composed for lyrics that have been written imagining a story developing thought the songs under the light of an imaginary, onyric lighthouse where artists could gather to create beautiful artworks to spread across the world, where they can become for a while a siren who calls hei long awaited lost sailor, on the shores of a promised love and happiness, like in the three songs that open the compilation.

As unfortunately life is not a dream, reality strikes also on this reverie landscape, so the protagonists of this musical saga wake up and wonder what’s waiting beyond the sea, and dark thoughts and the fantom of death appear, in the style of every romantic – Sturm und Drang story, bus, as love is stronger than death, the compilation ends with the siren and the Sailor that after their mortal Odissay rejoin eternally in a heavenly after life.
The lyrics and the concept of the compilation are by Lory Fayer an italian poetess in deep love with music. She chosed the artists featured in this compilation not folloving their fame (even if some of them, like Francesca Nicoli, are well known) but trusting in her own taste, looking for emotional artists that she believed (and the result of this compilation proves that she were right!) that could create emotional, empathic music that would have fitted well with her words, as well as with the other album songs, giving the unique experience of a compilation that has a “common thread, a common vibration” that usually can be found on band’s releases.
Before this release she had several collaborations with musicians and her lyrics can be found shattered on various, both physical or only digital, albums.
Her more long lasting and meaningful collaboration is with the solo project of Roman Rütten- Silentport, who has also made the final mastering and the booklet artwork at his Weisser Herbst Production studio.