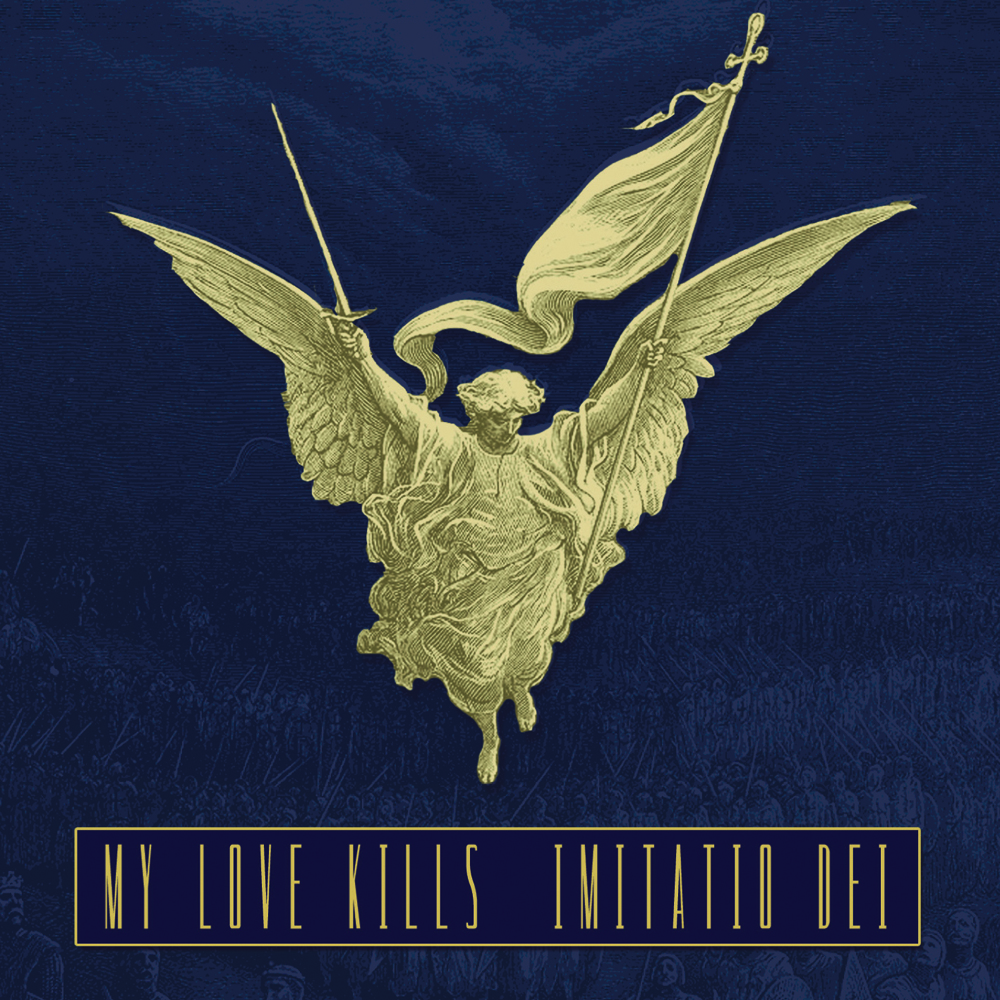 My Love Kills are back less than a year after their debut album ”Glitch” that was well received.
More creative than ever presenting 19 new songs.

MY LOVE KILLS ”Imitatio Dei”
My Love Kills are back less than a year after their debut album ”Glitch” that was well received.
More creative than ever presenting 19 new songs.
Making of the album
The summer of 2019 marked the beginning of the band’s second album: much more personal,
black and addictive, ”Imitatio Dei” is a set of hits born in a very particular context.
Arkames has transformed his current personal experience, his divorce, into a lyrical exorcism,
putting the words that hurt on paper. Fredrik has composed without interruption over twenty new
electronic bombs that are at once dancing, melancholic and catchy.
Thousands of kilometres apart, osmosis has taken place and this work is the culmination of it.
Alternating memories of destroyed life and esotericism, songs like ”La Voisin”, ”Silent Scream”
or ”Rebirth” are hits that taste like blood.
A journey into the darkness of souls, that’s what My Love Kills has achieved with this album.
Release
The album will be released both digitally on all major platforms and physically on a double CD.
The CD will be released thanks to ScentAir Records.
Double CD: 14th of April 2020
Digital: 24th of April 2020
Prior to the album there will be a digital EP released of ”Silent Scream” including two unreleased tracks and one remix of last album ”Glitch” opening track ”Alone”.