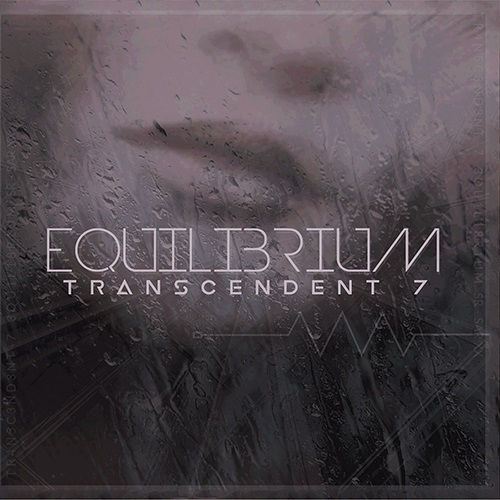 1.One By One, We Fall
2.Awaken
3.Possibilities
4.Control
5.Fall In Line
6.No One Lives Here Anymore (Featuring Christopher Anton)
7.Equilibrium
8.You Are Not Alone
9.John
10.Untitled

Veteran electropop musician Matt Willis is the voice and architect behind Transcendent 7. It is with great pleasure that we now announce the highly anticipated forthcoming debut album ‘Equilibrium’, which is due out on October 16th, 2020 from ScentAir Records. It will be available in both CD and digital formats.

Equilibrium is the culmination of classic and modern synthpop that creatively and skillfully displays the influence of electronic subgenres such as synthwave, industrial rock, new wave, darkpop and avante garde atmospheres that interact and form it’s own unique entity. When you pair this melting pot of musings with catchy hooks and melodies with skillfully written lyrics that reveal Willis’s human vulnerability, survival, clever observations, and personal experiences; you begin draw the parallels to your own travels throughout life.
The theme of Equilibrium points to a coming-of-age of an artist who has spent many years sharing the stage with some of the most celebrated musicians. Transcendent 7 now proudly stands on it’s own merits without forgetting where it came from as it pushes straight ahead.

Formed in 2014, Transcendent 7 is the brainchild solo effort of veteran electronic musician Matt Willis. He is most notably remembered as ex-member of the American dark pop band Provision and for his work with Christopher Anton (Formerly of Information Society) as a live member of the band. Having spent many years performing and sharing the stage with the likes of A Flock of Seagulls, Covenant, Seabound, Assemblage 23, Anything Box, Book of Love, Gene Loves Jezebel, Alphaville, Clan of Xymox, Thomas Dolby, and many more other prolific bands; he has been able to use all of these valuable experiences to forge a sound all his own. Transcendent 7’s debut album entitled ‘Equilibrium’ is currently in the works and is scheduled for release in the near future.