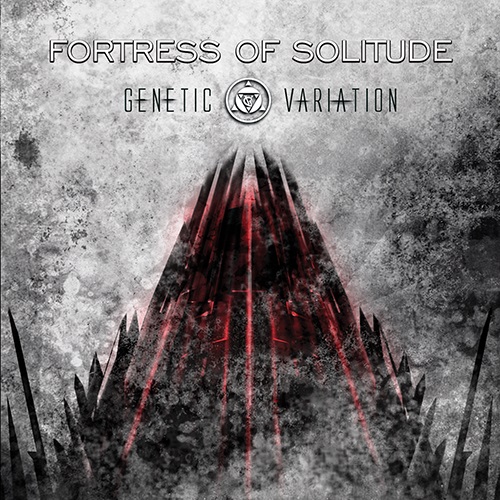 1.You Walk Away
2.I Move In Reverse
3.I Want To Isolate You
4.Fortress Of Solitude
5.Never Isn’t Enough
6.Metropolis
7.Democracy
8.I’m Alive
9. Shut The Systems Down
10.The Verge
11.You Walk Away (Remix)

This album is a glimpse of our society today, a society full of injustice and discrimination, full of violence and extremities.

Human heart is fragile, there is so much pain and sadness in our world, to protect her sometimes you build a fortress, you are safe, nothing can touch you- but you can’t touch anything as well…Your fortress of solitude can either empower you or turn into a kingdom of ice..
Souless, apathetic, unmoved, without empathy or emotion, a whole generation living their lives behind a screen, while our planet bleeds. Greedy governenments keep on abusing environment and natural resources, annihilating the animal kingdom, increasing poverty, famine, endless war… Forgetting that empires rise only to fall.
Dont be fooled United we stand.
What is genetic variation, answering with lyrics from the original song. We are creations distorted human progression, we are samples offspring, genetic variations

Genetic Variation formed during 2001 in Athens by Morrigan, mixing dreamy electro soundscapes with aggressive industrial electrobeats. Songs appeared in various ebm collections around globe. With their debut album Reset your imagination, Genetic Variation reached the 12th position in the DAC (German Alternative Charts) and found distribution in Europe. In 2005 Nightmares EP released with a huge success on the electro scene. With the song “awaken the sleepers dream” raging in clubs and the success Genetic Variation had, Morrigan decided to get involved with production/mastering and founded Darkness studio. Genetic Variation decided to make a huge comeback with their second full album Fortress of Solitude that will be released in 2020.