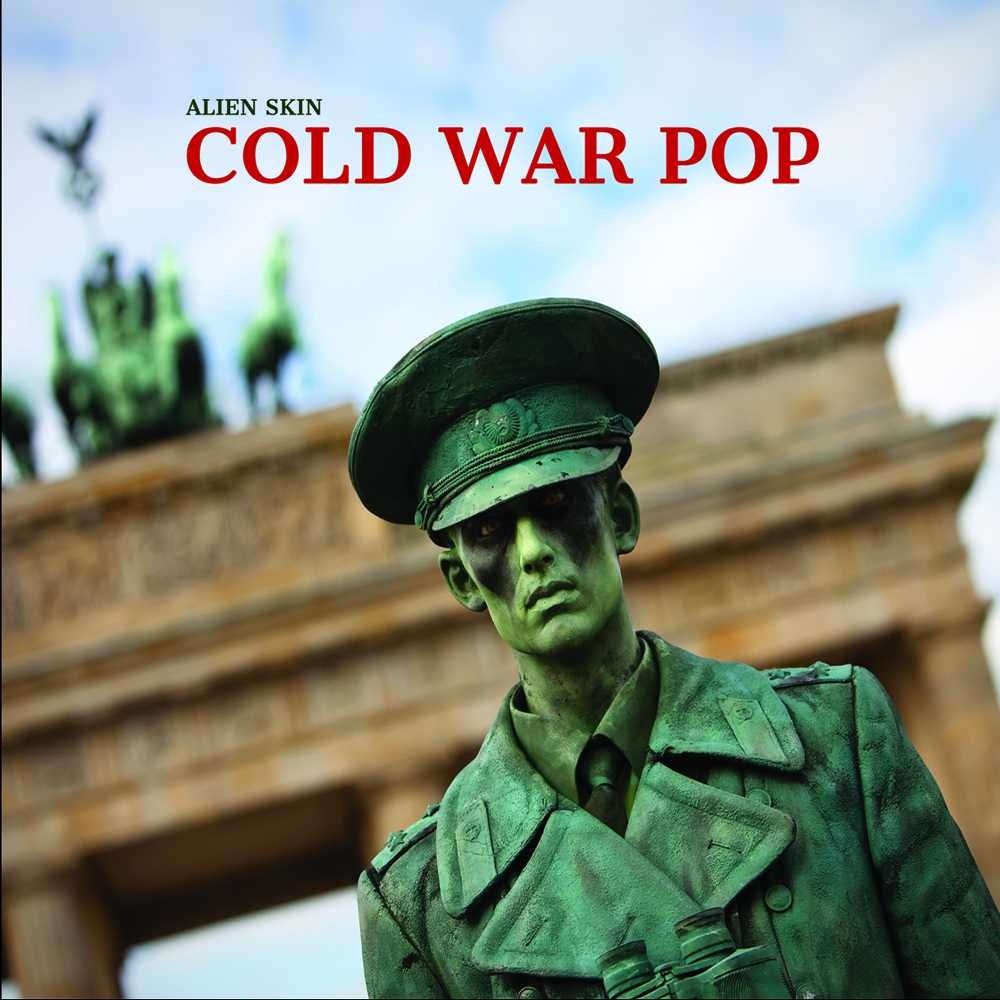 Interviewed, Alien Skin aka George Pappas, had this to say about Cold War Pop…
“I’m in love with cold war synth-pop is not just one of the album tracks, it’s also
the raison d’etre for this album.

“Timeline wise I refer to the crossover years of the late 1970s into early 1980s.
Of an iron curtain divided Berlin and London in a winter of discontent. The
Bowie-Eno by the Wall era meshed with Germanic elektro-pop musically
informed much of what developed within this 5 or so year period. A brief but
explosive post-punk, synth-pop energised subculture developed that blitzed my
consciousness as it did many of my contemporaries. The union of man and
machine, an electrical language, set to a backdrop of cold war era atmosphere
that existed then and exists now within this album.

“My previous release ‘New Romance: 1984’ was a special album to me because
it featured songs I wrote in the early 1980s, performing them in the clubs of
Melbourne, Australia at the time. ‘Cold War Pop’ is just as important or even
more so because it was written today. But its melodies, often tense atmosphere,
analogue beats, sequences and synths are purposely sourced from the era of
the late 70s into the early 80s. It is bleak and mechanical at times, at other times
beautiful and human. It is what it is. It’s Cold War Pop. It continues where my
previous album left off but with extra post-punk grime in the grooves.
“If you lived through the era, listen to it in full and be the judge. If you weren’t
there, it will be an experience you’ll want to vicariously live because I believe it
will take you into the heart of what you missed out on.”