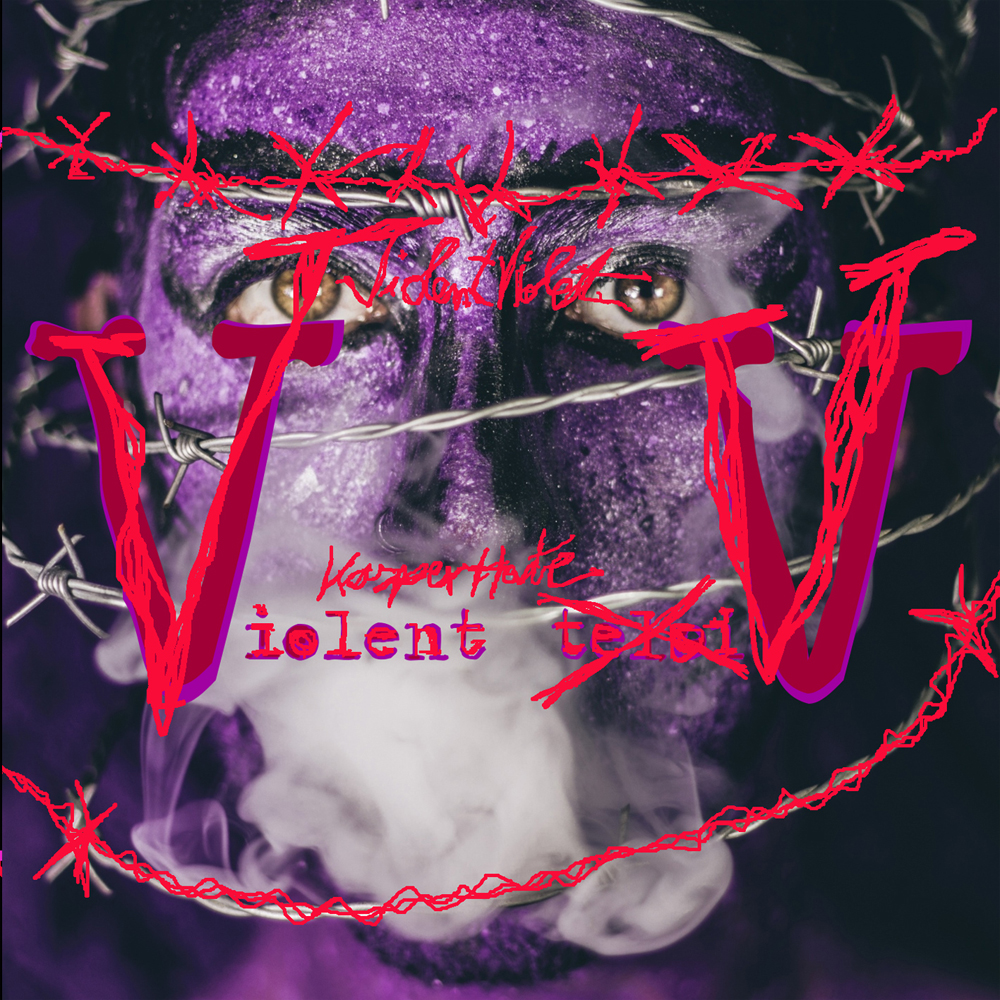 Violent Violet, their fifth studio album seems like a musical liberation.Kasper Hate are in attack mode.

The new album Violent Violet shows up as a mad brilliant epic which veers between a lot of different musical influences and styles, always capped by the typical new retro sound. The whole album is a progressive and original Chameleon. Changing from heartfelt to sad and from sad to steamy and sexual. And even if the album is pure fresh electronic music in all possible (and some new) forms, you might sometimes feel the whiff of influences of artists and bands like Nine Inch Nails, The Prodigy, The Chemical Brothers or Daft Punk. And there are some very Trip Hop moments on this record. All these influences are also responsible for the fact that Violent Violet stands out from many other releases. It neither adheres to musical limits nor tries to pick up any trends. And there are a lot of unexpected, bizarre and sometimes provocating tunes in sound and language.
The vibes on this album are rough but the same hand they seem sonically divine.
Violent Violet may be the least album we would have expected.