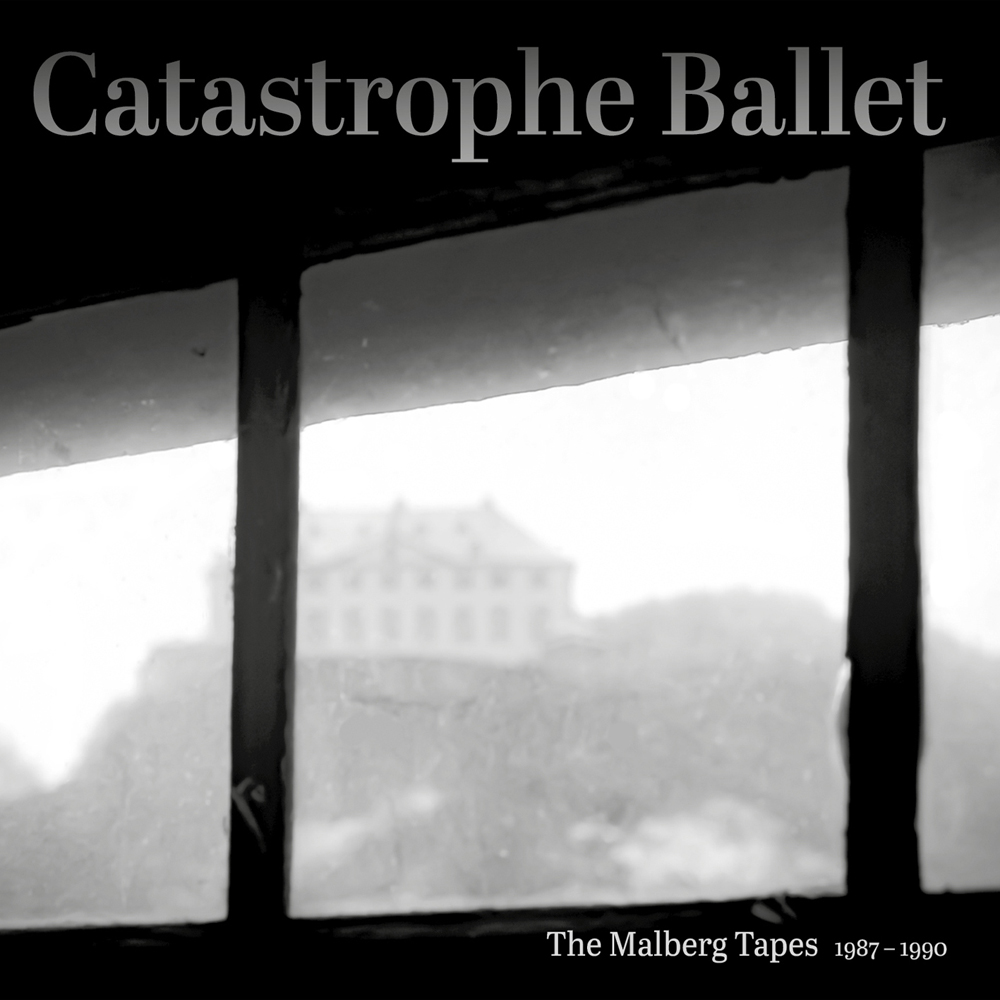 2022 sees the return of CATASTROPHE BALLET to the band’s early years via ScentAir Records. “The Malberg Tapes 1987 – 1990” contains those ten recordings of the first line-ups around ERIC BURTON, TINO DI MAURO and MANFRED THOMASER (!DISTAIN, DEMOCRACY and ARSINE TIBE), which were exclusively available on music cassettes around 1990.

Among other songs, you can hear a live recording of the CATASTROPHE BALLET classic “The House Of Hate” as well as “Der Taucher” and “Black Fire”, which were recorded in a studio in May 1990. Important at this point: The more than 30-year-old recordings cannot keep up with the qualitative standards of today. The digitalisation was done from original music cassettes. Regardless of this, ScentAir Records immediately seized the opportunity when MANFRED THOMASER and ERIC BURTON offered the recordings exclusively. “The Malberg Tapes 1987 – 1990” will be released in a limited edition on CD and on selected streaming services.
CATASTROPHE BALLET was founded in 1987 by ERIC BURTON (vox) and MANFRED THOMASER (git) in a small town called Bitburg. ERIC was interested in writing music with sounds and messages beyond the happy side of pop. A big influence on him and the few who started with him were bands like KLLING JOKE, THE SISTERS OF MERCY, BAUHAUS, THE CURE and FIELDS OF THE NEPHILIM. CATASTROPHE BALLET already gained a considerable reputation with their first gigs. The first two demo tapes sold very well and the first German tour was a complete success. In 1991 CATASTROPHE BALLET recorded their first album “Monologues of the past and the future” and released it on their own label Etage Rec. The first 1000 copies were only available at concerts and sold out within a very short time.

In 1992 CATASTROPHE BALLET toured Germany with SHADOW PROJECT (feat. ROZZ WILLIAMS of CHRISTIAN DEATH) and MEPHISTO WALTZ. WILLIAM FAITH of MEPHISTO WALTZ subsequently produced the band’s second album: “Pandemonium” (Etage Rec. / Efa), which included the CATASTROPHE BALLET hit “House Of Hate”. At the end of 1992 CATASTROPHE BALLET took part in the ZILLO Festival Tour and played in front of an average of 1000 people per gig. In 1993 the recordings for the MCD “Torso” began, which was released on the new label Dion Fortune Rec./ Semaphore. With songs like “Call Of The Dawn” and “The Beauty Of Innocence” the band showed their ever growing fan base their very own interpretation of modern Gothic Rock and went on tour through Germany, Italy and France. RODNEY ORPHEUS (CASSANDRA COMPLEX) saw one of these shows and was so enthusiastic about the power of the band both live and on CD that he made the offer to produce the next album “Transition” (1993 – Wrath Of God / Efa). Songs like “The Garden Of Decay” or the SIGUE SIGUE SPUTNIK COVERVERSION “21st Century Boy” quickly became dancefloor hits in the underground clubs of Europe and still are today. The year 1993 ended with a support tour for CASSANDRA COMPLEX through Europe.

In 1994, CATASTROPHE BALLET accepted WILLIAM FAITH’s invitation and toured the United States with FAITH & THE MUSE and THIS ASCENSION (including Santa Barbara, Los Angeles, Las Vegas, Chicago, Pittsburgh, New York City and Boston). In 1995, the band toured over 100 European cities. In early 1996 they came into contact with CHRIS LIETZ of the KRUPPS, who produced the fourth album “New Values”. “New Values” was clearly influenced by groups like NINE INCH NAILS, MINISTRY and KMFDM. In the summer of 1996, CATASTROPHE BALLET played at one of Germany’s biggest open-air festivals with artists like MINISTRY, PHILLIP BOA, JESUS & MARY CHAIN and others in front of more than 10,000 people.

In February 1997 “Menschenfeind” was released, named after a stage play by Moliere and produced by AXEL ERMES and HAUKE HARMS (GIRLS UNDER GLASS). The German press – from ZILLO magazine to METAL HAMMER – celebrated the new work as one of the albums of the year and a masterpiece of the still young genre of Future Industrial Gothic. At the end of ’97, the band toured Germany as headliners, immediately followed by the ZILLO Christmas tour, which they co-headlined. In 1998 CATASTROPHE BALLET could be seen on a festival tour with CAT RAPES DOG and S.P.O.C.K as well as at the renowned ZILLO Festival in Hildesheim with bands like THE CURE, RAMMSTEIN, GREEN DAY and THERAPY? in front of more than 21.000 visitors. On 28 August, CATASTROPHE BALLET played a show in Mexico City together with Christian Death and other acts in front of more than 3,000 enthusiastic visitors. The Mexican label Dilemma Rec. released the “Modern Primitives” album shortly afterwards with completely new artwork and some bonus tracks from the “New Values” longplayer. After a few gigs in Germany in mid-October, the band also played in England for the first time. CATASTROPHE BALLET headlined the traditional “Carnival of Souls” festival in Derby. The English cult label Nightbreed Rec. showed interest and signed the band for an exclusive UK version of the “Modern Primitives” album. Further tours throughout Europe, many festivals and the accompanying live album “Test of Time” followed.

With “…all Beauty dies”, CATASTROPHE BALLET’s last studio album was released in 2006. With this album and a last performance at the Wave Gothic Treffen as headliner on the Park Stage in 2013, CATASTROPHE BALLET said goodbye after more than 25 years.
The last curtain had fallen…