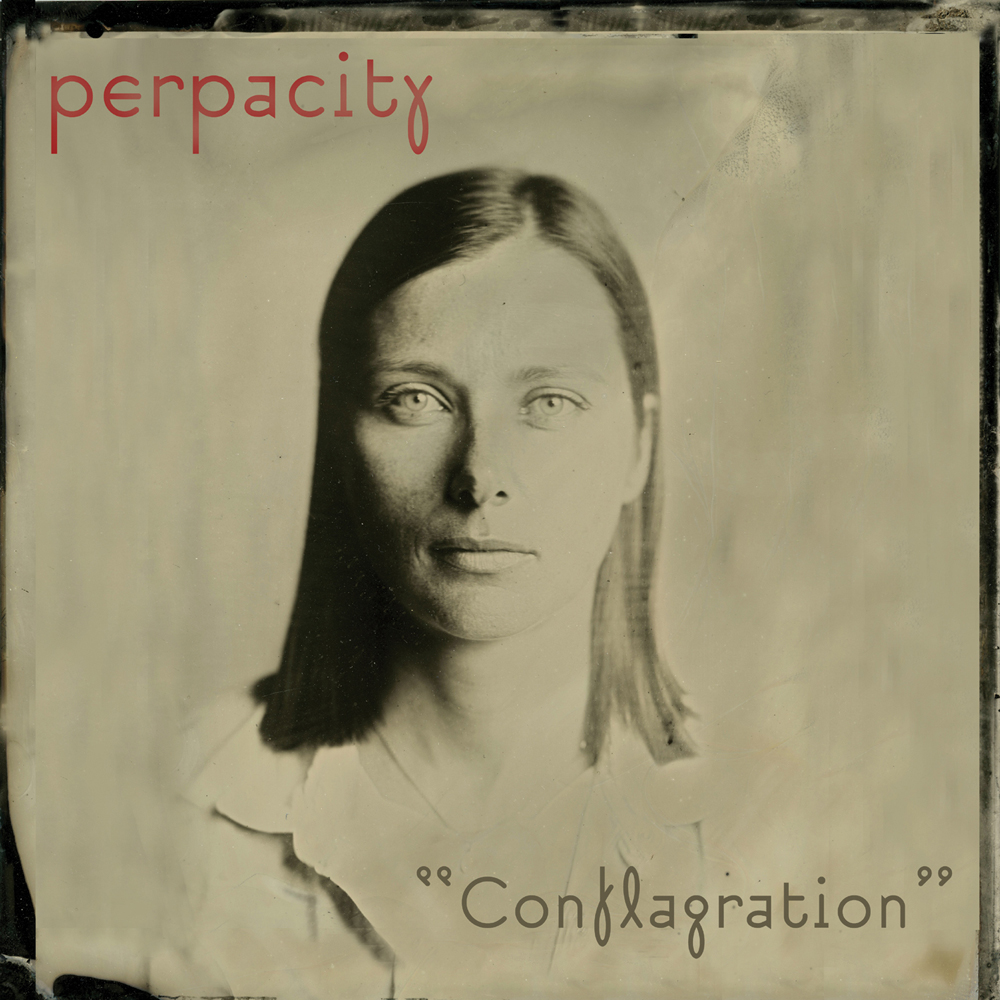 “Always experimenting with new sounds and directions, Perpacity’s latest album, ‘Conflagration’, raises the bar yet again over their previous work. Whilst they can be described broadly as producing catchy electronica, this is much, much more – a heady mix of all-out driving pop and dark ballads that push at the boundaries of the genre in every direction, all delivered in their own unique way.
Martin: “Creating an album isn’t just about writing music nowadays, you have to be able to do for yourself a lot of the things that record companies can no longer afford to do for you. It means we have to think about things like promotion, art-work and videos – and even once an album is done and released, there’s still a lot of work to do so you get little time to stop. I’m always excited at the prospect of starting a new album though and getting another chance to try and to push the musical bar higher for ourselves. We’re still learning and always will be, but that in itself is one of the pleasures of doing it. ”

The cover for the album is a black and white portrait of Martin Nyrup’s cousin, Signe, taken by Daniel Samanns, a professional ‘wet-plate’ photographer from Germany. The ‘wet plate process’ was invented about 1850, and although it requires subjects to sit completely still for a protracted length of time, it gives a kind of realism and a haunting quality that you don’t get even in today’s high-res’ pictures. It makes her portrait eerily beautiful. For those who want to see more, you can visit his website here: https://www.wetplate-berlin.com/

About Perpacity:
Perpacity members are Ian Harling and Martin Nyrup residing in the UK and in Denmark respectively. Each has over 20+ years of musical experience, ranging from writing music and live performance to studio work and music production. Perpacity creates strong melodic songs and melodies, characterized by their unique dark and moving electronic soundscapes.
Perpacity released their debut album ‘The Sinner Inclination’ early 2015 which consisted of a back catalogue material of their early instrumentals and songs. Since then Perpacity have released several well-received singles, amongst these are ‘Obscene’, ‘Save Me’ and ‘Volatile Cohesion’.
2016 saw the release of their 14 track album ‘Arise’.
2018 Perpacity released their highly acclaimed third studio album ‘The order of Now’.